Every research project is composed of three key elements: a question to answer, the analyzes to perform and the data to use. Often, that last component is limiting. Indeed, producing new data is expensive and sometimes even time-consuming. Thankfully, a solution exists in the form of huge libraries accessible with a few clicks: public data.

Databases are full of useful data covering various techniques, technologies, and organisms. For example, the Encyclopedia of DNA Elements (ENCODE) harbors more than 17000 datasets on human, mouse, worm and fly, from RNA sequencing to whole-genome sequencing through protein binding1,2. Not only is public data easily accessible and free, it may also be stored in its raw and pre-processed form, requiring less time and costs in subsequent analyses (do not forget to perform quality controls first!) While more bioinformatics-inclined papers often use pre-existing datasets to compare tools, they are otherwise greatly overlooked, either because we assume all that could be done with it has been done or because it does not have the exiting spark of novelty. But datasets may have been analyzed using only one angle and could still hold many secrets, even if there are a few years old. Additionally, the ever-growing performance of new algorithms may permit to extract information that was hidden in the data before. For those reasons, it can be valuable to re-analyse public data and this can lead to new discoveries.

How to Use Public Data Efficient

Public databases contain information about many diseases, cell types, organisms and techniques, but it is still limited to what has been explored before. One must thus slightly change his way to approach data in order to find a new angle to analyze. Thus, instead of the typical “formulate question -> how to answer the question -> produce data” workflow, the preparation requires to scout the existing datasets to find some that have a potential for new discoveries. The analyzes have to be centered around the available data rather than the opposite.

For my research project, I wanted to study the relationship between transcription and 3D conformation of the DNA in the nuclear space. Various studies tried to explore this before, some of the earliest dating from 19933, but the mechanism is complex and there are still many unknowns.

2- Explore datasets
One of the most common diseases in human is lung cancer. Because of its prevalence and mortality rate, it is also one of the most studied diseases and thus the data produced is widely available. I thus chose to use the A549 cell line, a lung cancer cell line. Various data types were generated from it (RNA-seq, ChIP-seq, Hi-C), permitting to explore both the transcription events and the architecture in these cells. Moreover, being a cell line, it should have less cell-to-cell variability than cells coming from a patient biopsy.

3- Adapt the angle of exploration

As many other studies, including the ones from with the data I used was produced, tried to explore the inter-relation between transcription and 3D folding, a new angle had to be found. A literature review showed there were still many unknowns regarding the different types of boundaries limiting co-regulation between genes. 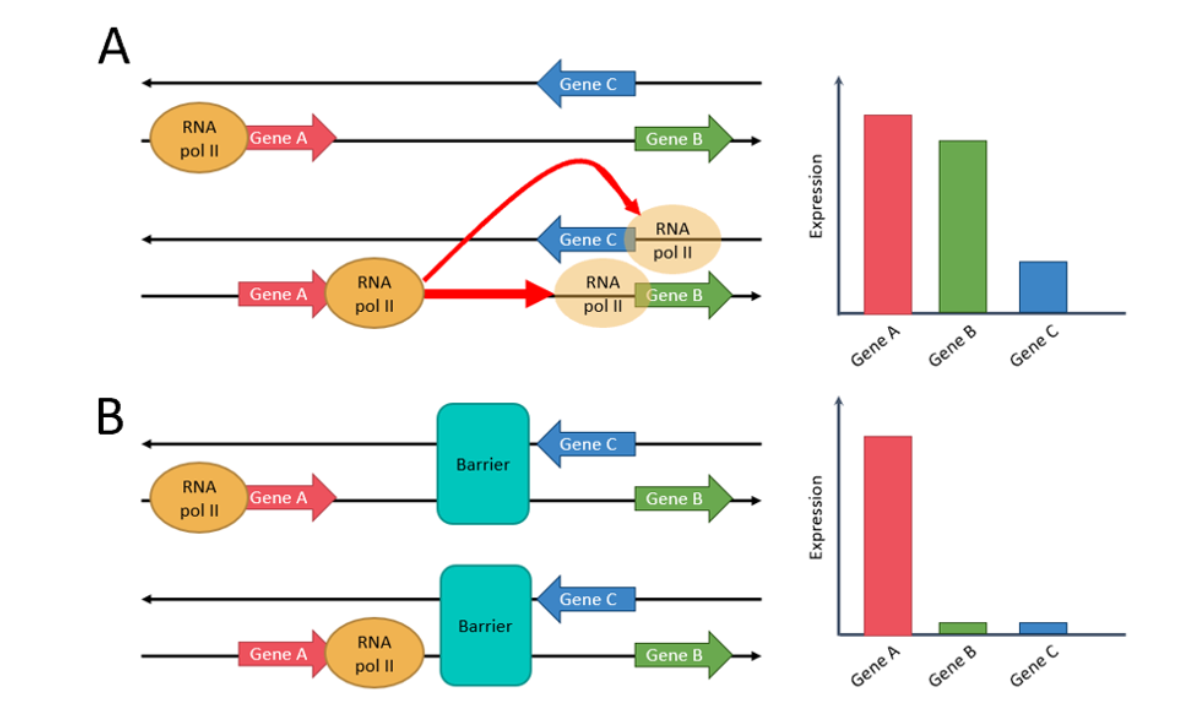